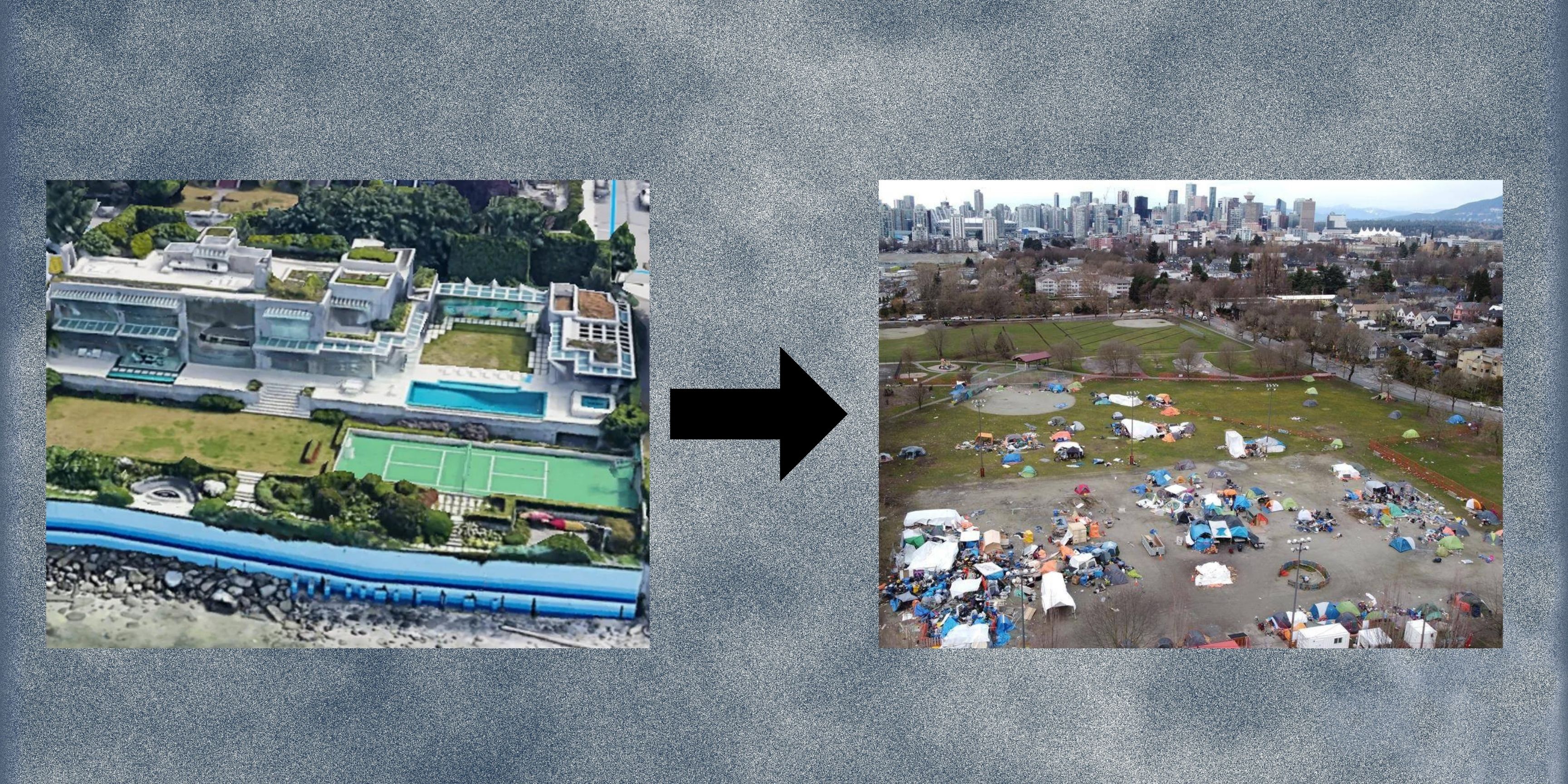 Wealth inequality has continued to rise during the pandemic: while millionaires and billionaires have made huge fortunes, the majority of people are struggling to get by. But the rich aren't paying their fair share of taxes, and in Vancouver, ultra-wealthy mansion owners are taxed at the same rate as small homeowners.

If we had a mansion tax on the owners of the top 5000 most expensive properties – properties over $5 million and $10 million – we could end homelessness in under 3 years. Ending homelessness is entirely possible, it's just a matter of our politicians having the political will to do so.

We have a choice: let the wealthy get even wealthier, or tax the rich and save the lives of those suffering from the impacts of poverty.

This campaign is fighting for a more equitable Vancouver, where the rich pay their fair share, and where everyone has a home. Join us!